THE BITCOIN PROJECT…What is it and What it’s not?

Home > Blog > THE BITCOIN PROJECT…What is it and What it’s not? 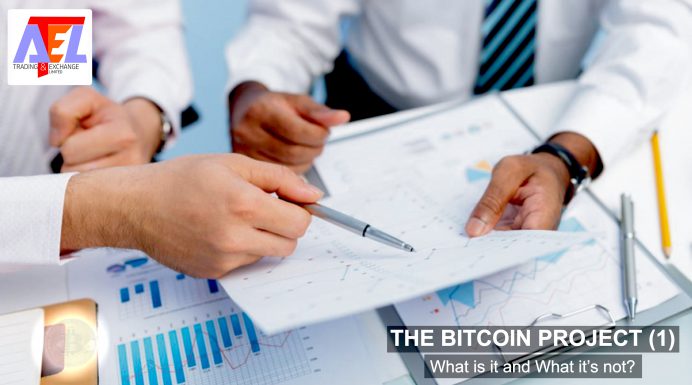 THE BITCOIN PROJECT…What is it and What it’s not?

THE BITCOIN PROJECT
What is it and What it’s not?

Information they say is POWER but it is only so for those who utilize and tap into it. However, those who remain DOGMATIC and STATIC are prone to weaknesses and regrets.Even at this high technology and computer age, millions of people are still not rightly disposed of the infomercials that could serve as lever to pave the way to UNCOMMON financial breakthrough and freedom.

In this article, we shall make efforts to explain in absolute simplicity the BITCOIN PROJECT – What is it and What it’s not?
This paper explains why the WORLD economy needs BITCOIN and its sisters towards globalizing the world economy.
It also examines safety and security of assets through the BITCOIN project.

BITCOIN
Bitcoin is an attempt to revolutionize the global payments industry in an effort to validate monetary values.
It looks to make the world an ecosystem of digital currency where no need to go about with different fiat currencies for business and financial purposes.
BITCOIN bridges the gap in world’s iniquity currencies where no single or multiple currencies have no advantage over others.

INITIATOR
All this laudable technological framework is made possible by a man, Satoshi Nakamoto, whom groundbreaking work was published in 2008 with various facet of the project outlines entitled “what Bitcoin is and how it works”.

OTHER BITCOIN PROJECTS
There are many projects after its evolution and global adoption. Most of these are generally called “forks” of the Bitcoin software.

There are many properties that seperate these different versions but only one is most in line with the original vision of Bitcoin as presented its whitepaper.

BLOCKCHAIN
This is the underlying technology and network that processes Bitcoin transactions. Simply put, it is the technology through which BITCOIN transactions are processed and executed.

Blockchain is aimed at transforming world industries including banking, farming, logistics, healthcare, manufacturing, even election, to name but a few.

CRYPTOCURRENCY
This is simply money on digital platform(s). BITCOIN is the premier of all the Cryptos or alternative coins (alt coins). Most alt coins also pushes their transactions through BITCOIN’s technology, the BLOCKCHAIN.