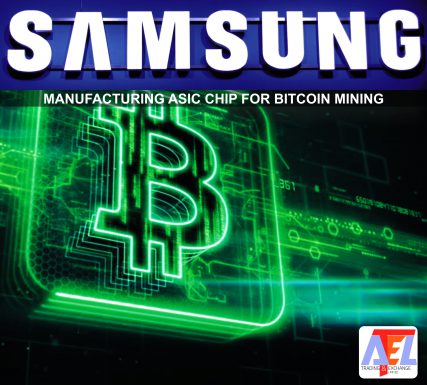 Samsung, the largest company in South Korea which is accountable for a large portion of the country’s economy, has started the production phase of bitcoin and cryptocurrency mining equipment and ASIC (application-specific integrated circuit) mining chips.

Local media outlets reported that Samsung partnered with a Chinese bitcoin mining equipment manufacturer last year and finished the development of its ASIC chips. Samsung, which operates one of the largest semi-conductor manufacturing plants in the world, will manufacture and supply cryptocurrency mining equipment to the Chinese market first.

In the long-term, Samsung plans to expand its mining equipment venture from China to other regions like South Korea and Japan that have a stronger demand for cryptocurrencies than other countries.

A Samsung spokesperson told local media that the company will operate a foundry to manufacture mining equipment and to match the supply requested by the Chinese bitcoin mining firm it has partnered with. In the beginning, Samsung said it will focus its venture on targeting the Chinese market and because Samsung has just started its foundry business, it is not unsure of the revenues its mining venture can generate.

“Samsung is operating a foundry that supplies a Chinese cryptocurrency mining firm with mining equipment and ASIC chips. Since Samsung has just begun its cryptocurrency mining venture, it is unsure of the revenues it can generate from it,” a spokesperson said. In the upcoming months, Samsung also intends to manufacture GPU miners for miners targeting small cryptocurrencies.

Samsung has a large-scale and sophisticated semi-conductor manufacturing plants which are capable of matching orders of any size. Since last year, Samsung has been the sole supplier of OLED screens for Apple’s iPhone X production line, because it has been the only company that is able to match the supply needed by Apple.

While Apple has invested several billions of dollars in Samsung’s competitor LG to manufacture OLED screens, no company has been able to match Samsung in manufacturing chips and electronic components.

Currently, Taiwan’s TSMC remains as the only major semi-conductor manufacturing firm and foundry operator to support a major bitcoin mining equipment manufacturer in Bitmain. The entrance of Samsung in the global cryptocurrency mining sector could provide Bitmain and its partner company TSMC their first real competitor.

Hwang Min-seong, an analyst at Samsung Securities, told local media outlets that Samsung will be able to increase its revenues through ASIC chip manufacturing. But, until the company expands its venture internationally, it will be difficult for Samsung’s ASIC (application-specific integrated circuit) chip manufacturing division to have a major impact on the revenues of Samsung Electronics.