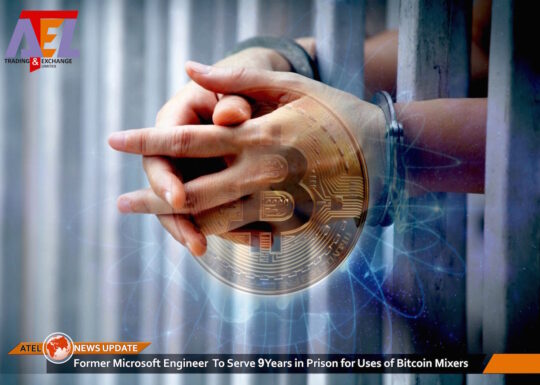 A U.S. court in Seattle has sentenced a former Microsoft engineer to 9 years in prison after finding him guilty of 18 federal felonies relating to his elaborate scheme to defraud the tech giant $10 million. In passing the judgment, the court blasts Volodymyr Kvashuk, a software engineer and citizen of Ukraine, for attempting to mask digital evidence through the use of bitcoin mixers and the illegal use of accounts and passwords of fellow employees to aid this scheme.

According to court records, Kvashuk, a citizen of Ukraine, had been convicted in February 2020 on several counts of wire fraud, money laundering, identity theft as well the filing of false tax returns

In his reaction to the sentencing, U.S. Attorney Brian T Moran pays homage to “law enforcement partners and the U.S. Attorney’s Office” for prevailing in the case that “required sophisticated, technological skills to investigate and prosecute.” Commenting on the severity of the punishment, the U.S. Attorney say

“Stealing from your employer is bad enough, but stealing and making it appear that your colleagues are to blame widens the damage beyond dollars and cents

According to documents filed with the court, Kvashuk, who was involved in the testing of Microsoft’s online retail sales platform, is accused of “using that testing access to steal ‘currency stored value’ (CSV) such as digital gift cards

Using proceeds from the gift card sales, Kvashuk “purchased a $1.6 million dollar lakefront home and a $160,000 Tesla vehicle.” As the thefts escalated, Kvashuk started “using test email accounts associated with other employees” to cover his tracks. The document adds

He used a bitcoin ‘mixing’ service in an attempt to hide the source of the funds ultimately passing into his bank account. In all, over the seven months of Kvashuk’s illegal activity, approximately $2.8 million in bitcoin were transferred to his bank and investment accounts. Kvashuk then filed fake tax return forms, claiming the bitcoin had been a gift from a relativ

Meanwhile, in their sentencing memo, the prosecutors pan Kvashuk for the brazen acts which “cast other Microsoft employees under the glare of suspicion.” They also accuse Kvashuk of failing to take responsibility after he told the court a “series of outrageous lies” while failing to show “any remorse or regret for his crimes

As part of his punishment, Kvashuk “was ordered to pay $8,344,586 in restitution” while he faces the possibility of being “deported following his prison term

What are your thoughts on Kvashuk’s conviction and sentencing? Share your views in the comments section below.