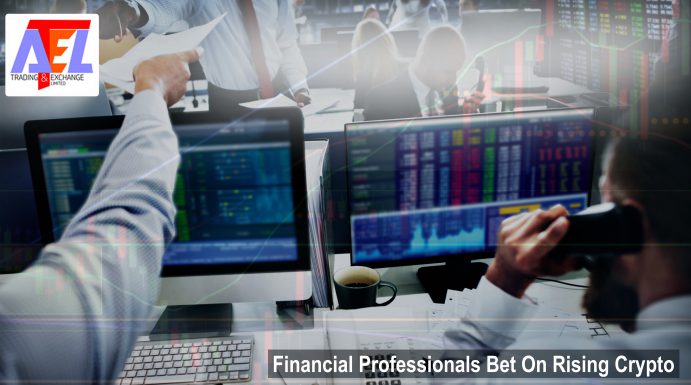 New survey among financial professionals in Britain shows that more than half of those who have invested in cryptocurrencies, plan to buy more coins this year. Despite recent market volatility, only 8 percent of the interviewed intend to sell their cryptos. The majority of the investors expect crypto valuations to rise over the next 12 months.

British financial services professionals and retail investors are mostly optimistic about the near future of cryptocurrencies and are looking to increase their exposure. 54 percent of them expect their prices to rise over a 12-month period. Only 32 percent anticipate a decrease, according to a new survey, released by Citigate Dewe Rogerson.

The study also found that 56 percent of those interviewed intend to acquire more digital money. Another 31 percent plan to retain or sell some of their crypto holdings, and only 8 percent will get rid of all their coins. 146 people in the UK have participated in the online survey, conducted by the Consumer Intelligence unit of the communications company. 104 of them still owned cryptocurrencies, when they were questioned at the end of February. The authors of the “Investor Perception: Cryptocurrencies” report say that 32% of the experts anticipate a dramatic increase in the prices of cryptos by 2021. Another 18 percent predict a slight rise. At the same time, those who believe valuations will fall are just 28 percent.

“Many cryptocurrencies have seen a huge increase in valuations, but also exceptional levels of volatility”, said Phil Anderson, Executive Director at Citigate Dewe Rogerson. “Cryptocurrency millionaires have been created, but many other investors have lost money. Despite the significant levels of volatility and price fluctuations, our research reveals many financial professionals remain optimistic about the future for cryptocurrencies”, he added.

Anderson also noted that at the beginning of the year, the market capitalization for cryptocurrencies was around $800 billion. “Over half of the financial professionals (59 percent) expect it to be over $1 trillion by 2021, while 15 percent anticipate it to be more than $2 trillion”, he said, quoted by Verdict. Only 19 percent of the respondents think the market will shrink and that the market cap will be below $800 billion.

Expectations for new regulations remain high among financial professionals, with 62 percent anticipating a substantial increase of regulatory pressures within the next two years. Despite that, 22 percent of the experts think the use of digital currencies for payments and money transfers will increase dramatically. Another 48% have more moderate expectations, but also predict a rise within the next five years. Phil Anderson says:

Whatever the future holds for the cryptocurrency market, one thing is certain – it will continue to attract billions of dollars, dominate the headlines and fuel heated debate about what is likely to happen.

The majority of the participants in the survey believe big companies will benefit the most. More than two thirds of the respondents say larger firms will increase their crypto holdings in the next three years. 68 percent think corporations will be tempted to use cryptocurrencies with smart contracts and other blockchain applications.

About 54 percent expect more companies to be using cryptos for fundraising. 44 percent of the financial experts anticipate a serious increase in the use of blockchain technologies, while 33% think their introduction will be more moderate.

What are your expectations for the near future of cryptocurrencies?