Bitcoin Is Undervalued, Fair Value Price Should Be $15,000, Says Analyst 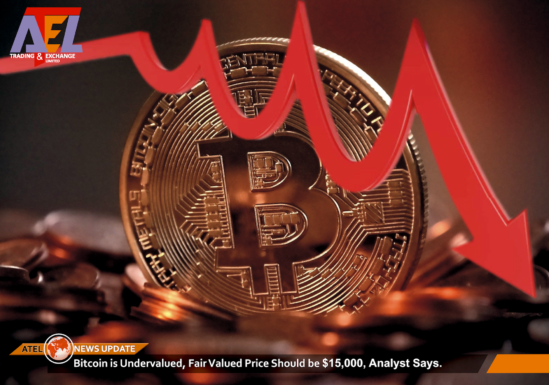 Bitcoin Is Undervalued, Fair Value Price Should Be $15,000, Says Analyst

The price of bitcoin (BTC) has see-sawed between $10,000 and $12,400 over the last few weeks, often tumbling sharply following what one pundit described as “fake” breakouts.

McGlone, a senior commodity strategist at Bloomberg, based his arguments on various factors, including bitcoin’s rising hashrate, which continues to hit new records, industry media report.

The Bitcoin hashrate continues to increase and recently reached new highs. Also advancing are addresses used. A top metric for adoption, the 30-day average of Bitcoin addresses is equivalent to the price closer to $15,000 when measured on an autoscale basis since 2017.

According to the latest data from charts.Bitcoin.com, BTC’s seven-day average hashrate rose past 140 exahash per second (EH/s) this week, an all time high. On July 28, the figure averaged 127 EH/s, a record at the time.

Hashrate is a measure of the power of the computers linked to the Bitcoin blockchain, which determines their ability to produce new coins. Increasing hash power suggests miners are optimistic about making profits.

This tends to influence the price of BTC higher, given the strong correlation between the two. But the relationship is not exactly as linear, because it is difficult to gauge future price changes based on hashrate alone.

McGlone has remained upbeat about bitcoin throughout its volatile swings, at a point suggesting this is to be the year that the top crypto will become a digital version of gold, a prime store of value.

In his new analysis, he admits there might be pitfalls curtailing BTC’s price growth going forward – and that would have to be a reversal of the on-chain metrics related to “the hashrate and active addresses.”

What do you think about Mike McGlone’s predictions? Let us know in the comments section below.