Can Any Government Ban Bitcoin? 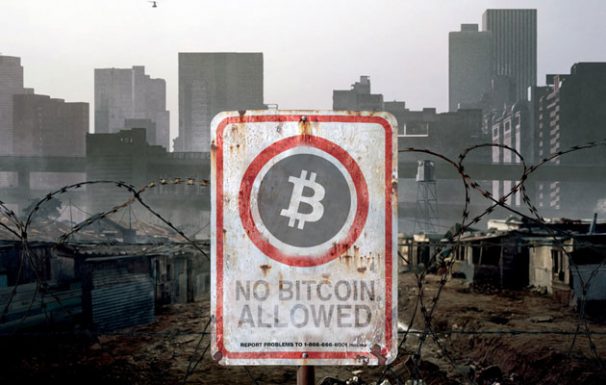 Can Any Government Ban Bitcoin?

Bitcoin has been around the fringes of financial markets for less than a decade, but is slowly gaining prominence as an alternative asset class. Can the government of any major country step in and do the unthinkable – ban Bitcoin?

Those who think that no government (except those run by tinpot dictators) would take the extreme step of banning Bitcoin need a lesson in history. There was a time when holding gold bullion was a crime in America, punishable by a sentence of up to ten years in prison.

In 1933, American President Franklin D Roosevelt issued an order requiring all Americans to hand over their gold holdings to the Federal Reserve Bank. The ban on owning gold remained in place for more than four decades, before President Ford legalized gold ownership. This move was made easy by the fact that America had abandoned the gold standard a short while prior and hence had no need to own vast quantities of gold to back up the amount of currency it printed.

Another oft-repeated argument against a ban on Bitcoin is that in the age of the globalized internet economy, individual governments lack the authority and power to act against a decentralized currency like Bitcoin. However, we only have to look at how China has bent even the Internet to realize that this is not the case. By a mix of government legislation and the blocking of popular foreign websites by the Chinese internet service providers, the Chinese government has tried to limit the Chinese to a walled garden, instead of viewing the whole world wide web. Traffic monitoring tools are used by the government to stifle political dissent. Taking a step to ban Bitcoin would not be too large a leap for the Chinese government.

If you think that fiat notes, printed by the Government and certified by the Central Bank, would be the last thing to be banned, think again! The Indian Government issued a decree in November 2016, stating that high denomination notes would cease to be legal tender almost immediately. Indian citizens had to queue up in banks to deposit old currency notes. Getting hands on the replacement currency was not easy, leading to huge queues at ATMs. This demonetization was touted as a means to curb income tax evasion and solve most of the government’s problems. Almost a year later, it has become evident that demonetization has failed to achieve the government’s objectives and has only resulted in an increase in the demand for Bitcoins.

If a government decides to make trading or possessing Bitcoins illegal, questions will be raised about how exactly it will enforce such a ban. It is impossible for a government to seize your Bitcoins, unless you decide to handover your private keys. However, the majority of citizens and institutions like to stay on the right side of the law. So the demand for Bitcoin would plummet if the government decided to ban it. All exchanges in that country would also be shuttered and buying/selling Bitcoin would be difficult and risky. This would suffocate Bitcoin in that country and the government’s objectives might be achieved.