How To Secure Your Bitcoin Wallet Against Hackers

Home > Blog > How To Secure Your Bitcoin Wallet Against Hackers 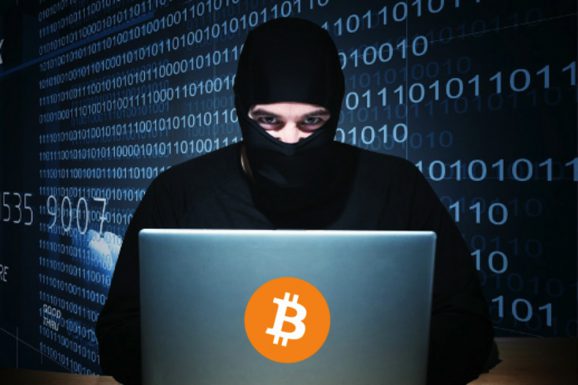 How To Secure Your Bitcoin Wallet Against Hackers

First there was online banking. Then PayPal. Now, there’s Bitcoin. It’s a brave new world, but with Bitcoin exchange rates, they are so high that those coins are too precious to lose.

That’s where a Bitcoin wallet comes in. A wallet is a program, app or service that holds coins, keeps them safe and makes it simple to backup, spend or accept.

With Bitcoin, a wallet doesn’t just offer security. It offers bookkeeping, portability and simple ways to give and receive cash.

Lets Understand Bitcoin deeper.
Each Bitcoin is a unique solution to a mathematical problem, consisting of a short string of text which represents a figure. Let’s say you give someone a coin or fractional coin – the text string changes as it enters their wallet, and once a global network validates the transaction, your original coin is invalidated and the new coin becomes theirs.

To someone who is sending money, your wallet is just an address. All they need to know is where to send their coins. The QR code on the right of this image is another way to represent the address on the left. When you make a face-to-face transaction, the sender simply snaps the QR code rather than exchanging emails.

Since coins are just characters, you could store them in a text file. But that wouldn’t be smart.

They could be viewed by anyone with access to your device and without the benefits of a wallet, they would be hard to spend.

NB. It’s a good idea to make sure you are really clued up on the world of Bitcoins if you are holding significant sums. The reason the real world has banks is that we recognize it’s quite risky, as an amateur, to try to secure your house enough to hold your life savings. Securing your own computer is hard but in the Bitcoin world you don’t have a bank as a buffer to rely on.

Installing your wallet on a smartphone or PC allows you to send and receive Bitcoins as easily as exchanging emails – you only need the address of another wallet. But if you want to buy Bitcoins with local currency, or ‘cash out’, you need to do that via an online currency exchange, which will include an online wallet with the subscription.

Either way, security is enhanced by having both local and online wallets and learning to move money between them.

A wallet installed on your portable device makes for quick transactions, but phones can get lost and laptops can be hacked.

It’s a good idea to transfer any incoming coins promptly to an offline device, an encrypted cloud service, or into cash.

There is a difference between transferring coins and backing up your wallet – always do both! With an app tied to your NAS (network-attached storage) or online service, backup is a no-brainer.

Online wallets hold subscribers’ money at their servers, and accounts are backed up and instantly available from anywhere in the world.

However, online Bitcoin exchanges are still immature and many have suffered outages or breaches. In a study of 40 exchanges, 18 of them had failed, leaving clients penniless!

Note that (a) and (b) are mutually exclusive. That is, if you control the keys, the contents of an online wallet will be exposed to the internet. Neither method presents a big risk if you sweep assets into your offline wallet or encrypted cloud storage after each transaction.

ATEL- your trusted partner to bring knowledge to you on digital currency, trading currency and money market.