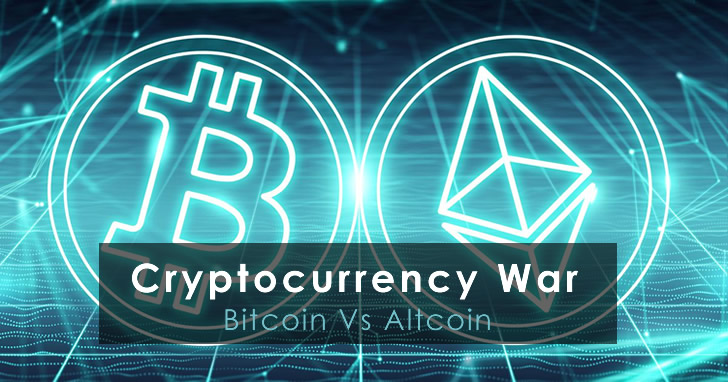 Bitcoin’s largest long-standing danger is not central banks or government bodies, it is the technological know-how behind Bitcoin that anyone can use to launch new cryptocurrencies.

This is proved by the quick development in the supply of other digital currencies that are challenging Bitcoin. An increased volume of new cryptocurrencies carries the possibility of ultimately crushing or at least greatly influencing Bitcoin prices and adoption.

Earlier in November we witnessed an interesting situation. A bunch of Bitcoin Cash big whales was in early stages holding significant amounts of Bitcoin and was nervous to see what would come happen with Segwit2x. BTC quickly rose to new highs but the hard fork was canceled. Those folks began to take their profit and move it to Bitcoin Cash.

This resulted in a 29% drop in BTC to USD ratio which was approximately $2000 USD. It could have been a market manipulation or simply the mass madness of big players but these whales may do the same thing again. Ethereum and Bitcoin Cash have increased their weight in terms of market capitalization and user base and are liquid enough now to cause significant turbulence around BTC prices.

Apart from trading issues, Bitcoin risks pushing businesses to look at Ethereum and Bitcoin Cash since they offer cheaper transactions and bigger blockchains that can cope with a larger volume of transactions. At the moment, the Ethereum blockchain processes two times more than that of Bitcoin. More and more people are worried about Bitcoin transactions getting slower while transaction fees get higher.

Altcoins are beneficial in that they give investors the diversification of risks, especially the biggest altcoins in terms of market capitalization and adoption.

Another problem of Bitcoin is ecological issues resulted from mining, More and more electricity is needed for BTC mining and functioning, which has some people concerned.

The shift in network and software model is a key to Bitcoin’s future. Any mistakes or delays may change the balances and some altcoins may climb closer to Bitcoin or even take the lead.

Bitcoin may not be quite as sturdy as we thought earlier, but it is still a very strong player. The digital currency has been growing without security failures for eight years now and has been time tested a lot more than its significantly younger alternatives.

Furthermore, Bitcoin is easier to access and has more merchants, exchanges, hardware, and software to support it. Bitcoin is significantly more liquid, with a much larger market cap than any altcoin. It possesses the biggest developer ecosystem and attracts the majority of business people who create startups around it and put a lot of physical efforts, dedication, intellect, and creativity in order to make it better and more useful.

Any startup based on Bitcoin already has a significantly larger prospective client base while younger altcoins and the new ideas around them have to work hard at attracting a sufficient user base. So, why create a new altcoin instead of utilizing BTC from the start? The barrier of entry would be much less and the user base much bigger. Any new Bitcoin service will benefit from the built-in network effect that new altcoins have yet to achieve. The principal benefits of Bitcoin here are network effect and proven security.

There are also worries concerning fraud and misuse which are proliferating other cryptocurrencies. Cryptocurrency exchanges and Initial Coin Offerings (ICOs) are still unregulated and potential investors are overloaded with news of new cryptocurrencies. Furthermore, many altcoins have an author and founder who works like the benevolent dictator for the altcoin and can manipulate it at will.

These factors can deter people from adopting new altcoins, whereas Bitcoin has obtained sufficient trust among people as an alternative to national currencies. Zimbabwe and Venezuela are excellent examples of this.

While they may be in direct competition now, altcoins may eventually find their own niche an work in accord with Bitcoin, with each performing its own specific role in the market. For instance, smaller transactions for Brick and Mortar stores could utilize Litecoin or Dogecoin, while Bitcoin could be used for larger or interstate payments. For untraceable transactions, we can have Monero, and Etherum would be the go-to currency for smart contracts.

Where do you stand on the Bitcoin vs altcoins debate? Is there a place for both in the global marketplace?

Let us know what you think in the comments below.