Bitcoin vs Gold: Bitcoin Surpassed The Price Of An Ounce For The First Time

Home > Blog > Bitcoin vs Gold: Bitcoin Surpassed The Price Of An Ounce For The First Time 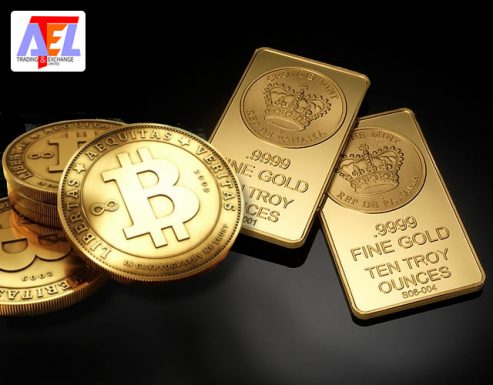 Bitcoin vs Gold: Bitcoin Surpassed The Price Of An Ounce For The First Time

Veteran ‘gold bug’ Gerald Celente has said Bitcoin and cryptocurrencies “have a long future” despite “not owning any of it.”

He also agreed Bitcoin was “stealing gold’s thunder” thanks mainly to ease of access for investors from nations such as China and India. Long-term, however, regulatory risks meant that gold would remain a go-to fiat escape.

“While Bitcoin and cryptocurrencies are going to have a place in the future […] gold is still the tangible that nothing replaces at this time,” he stated.

Listen to this exclusive interview.

Gold and Bitcoin have had a poignant relationship this year as Bitcoin surpassed the price of an ounce of the precious metal for the first time.

Demand for gold is surging meanwhile, leading to forecasts of $1,400 per ounce through 2018. The world may never produce as much per year again, chairman of the World Gold Council Randall Oliphant said this week.

For Bitcoin meanwhile, the future’s main problem was the banking industry.

ATEL says ‘It’s exciting and amazing that Nigeria- the giant of Africa , through her Central Bank, has authorized Bitcoin usage in 10 Nigerian banks. Click here to read details.

One Reply on “Bitcoin vs Gold: Bitcoin Surpassed The Price Of An Ounce For The First Time”