BANK OF AMERICA ACKNOWLEDGE THE THREAT POSED BY CRYPTOCURRENCY 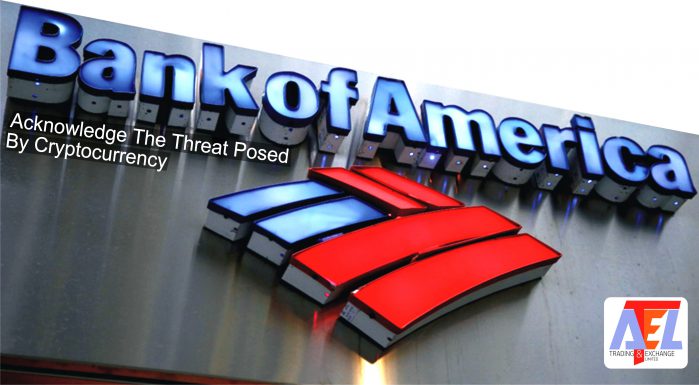 BANK OF AMERICA ACKNOWLEDGE THE THREAT POSED BY CRYPTOCURRENCY

For all the inroads that bitcoin has made on the current financial system, it has yet to threaten their ascendancy. The CEOs of Paypal, Visa, and other legacy payment systems may have been monitoring the rise of cryptocurrencies, but they have not been losing sleep over them. Now, in a frank report to the SEC, Bank of America has acknowledged a range of threats that could affect its hegemony – and one of them is cryptocurrency.

“The widespread adoption of new technologies, including internet services, cryptocurrencies and payment systems, could require substantial expenditures to modify or adapt our existing products and services,” writes Bank of America (BoA). Its annual report to the U.S. Securities and Exchange Commission (SEC) is a dense and dry document that is filed for regulatory purposes. This year’s submission contains a few interesting tidbits for bitcoiners, for it makes mention of cryptocurrency three times.

BoA, which was founded in 1904 under the moniker of Bank of Italy, has over 200,000 employees and recorded revenue of $87 billion last year. Like all companies subject to the regulatory oversight of the SEC, it is compelled to provide an annual report that details its financial health and outlines potential threats to its business model. “We face significant and increasing competition in the financial services industry,” it writes, before conceding, a few sentences later, “clients may choose to conduct business with other market participants who engage in business or offer products in areas we deem speculative or risky, such as cryptocurrencies.” 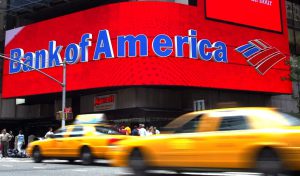 The Times They Are A-Changing

This doesn’t mean that America’s second largest bank is running scared of crypto. But the very fact that it is acknowledging their impact – and their potential to disrupt the banking sector – is a modest milestone at least. The bank’s attitude to bitcoin and its ilk is unclear, Bank of America has filed more cryptocurrency patents than any other company. Of course, that statistic does not mean it is poised to start trailing its own blockchain technology. Nevertheless, if major banks were to reduce their charges in response to competition from other payment systems, including cryptocurrency, many bitcoiners would consider that a small but satisfying victory.

Do you think Bank of America genuinely sees cryptocurrencies as a possible threat?

Let us know in the comments section below.